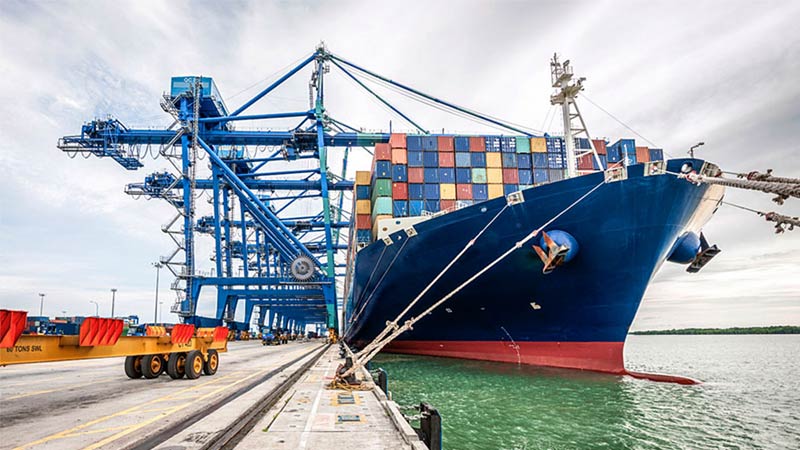 The Association of Southeast Asian Nations (ASEAN) is made of 10 Southeast Asian member states. The association was initially founded in 1967 by Thailand, Indonesia, Philippines, Singapore, and Malaysia. Brunei, Vietnam, Laos, Myanmar, and Cambodia joined ASEAN in the 1990s.

The aim of ASEAN is to improve economic, political, and social cooperation between all member nations. In the early days, the region also wanted to protect itself from the influence of communism during the height of the cold war.

As a result of these conflicts, ASEAN had to deepen relations with each other to adapt to changes happening around the world. All heads of state meet annually to discuss important topics around the region and address potential issues. In the 2000’s it established free trade agreements with its member nations, China, India, South Korea, Australia, New Zealand, and Japan.

Today, ASEAN has a combined GDP of $3 trillion making it the 7th largest economy, and is growing steadily. It is home to a population of 650 million people making it the third-largest labor force in the world, behind China and India.

ASEAN nations have also embraced online consumption at a rapid pace, making it attractive to Western markets. Each country has unique strengths in terms of exports, services, and also boasts a huge number of economic free zones.

What is the ASEAN Free Trade Agreement (AFTA)?

AFTA stands for ASEAN Free Trade Agreement and is an initiative and trade agreement between all member states with the goal to build on and further develop the ASEAN economy.

With a young and tech-savvy population, who has a hands-on approach to the Asian style of work, there was a need to leverage on capabilities and strengths, in order to benefit the greater region.

The vision of the AFTA is to improve the economic outlook, follow regulatory best practices, facilitate smooth trade, increase chances of foreign investment through agreements that would facilitate lower tariffs and ease of business.

The AFTA benefits both consumers and manufacturers in the ASEAN region. A lower trade tariff would mean that consumers have bigger spending power and can enjoy a larger market offering, as the market becomes more competitive.

On the other hand, manufacturers can enjoy lower tariffs, which means that the raw materials or production input can be purchased more competitively. They would also have the ability to import and export goods to other ASEAN countries at a reduced rate, compared to countries of other regions.

In terms of shipping and trade, AFTA ultimately reduces trade barriers between member countries and facilitates healthy competition and ease of business. Economies are integrated, the workforce is multiplied, and this potentially makes a win-win situation for all stakeholders in the ASEAN region.

Who Are the ASEAN Dialogue Partners?

The members of ASEAN can be seen as a single economic bloc, with a similar concept to the EU. An economic bloc also facilitates easier trade with other nations.

This initiative attracts bigger economies and allows each country to negotiate with ASEAN as one large community. Dialogue partners are countries who have trade agreements with ASEAN countries. The ASEAN dialog partners are:

What Are AFTA Forms?

The ASEAN Trade in Goods Agreement (ATIGA) eliminates more than 99.65% of import tariffs for intra-Asean trade. In order to apply for these tariffs certain forms need to be filed. Shippers may visit its country’s trade department and customs authorities for more information.

There are also other types of forms that promote trade between ASEAN and its dialog partners. Below are all of the known AFTA forms that are available.

In order to benefit from these free trade tariffs, exporters must prove that the ASEAN content is at least 40% of the FOB value. If qualified, a shipper must submit Form D and process it together with all required export documents and get approval from local customs authorities.

A Form E is filed for trade between ASEAN countries and China. Products will only have a considerate reduction in tariffs. Exporters must prove that products are made within ASEAN or China. If qualified a shipper must submit Form E and process it together with export documents and secure approval from local customs authorities.

For this trade agreement, tariff reductions are extensive. The agreement also allows protection to local industries. Exporters must prove that products are made within the ASEAN region or Japan. If qualified, an exporter must submit Form AJ to local authorities. This must be processed together with export documents accordingly.

Goods traded between ASEAN and South Korea, are placed under ‘normal’, for full tariff reduction, and ‘sensitive’ for smaller tariff cuts. Exporters must prove that products are made either in an ASEAN country or in South Korea. If qualified, a shipper must submit Form AK and process it together with export documents, and secure approval from local customs authorities.

There is an initiative to eliminate 90% or about 4,000 products between ASEAN and India.  Exporters must prove that products are made within ASEAN or India. Similar to other forms, shippers must submit the Form AI to local authorities. The AI form is then processed with other shipping documents accordingly.

90% of all tariffs are eliminated for trade between ASEAN and Australia / New Zealand.  The agreement also covers topics on intellectual property, services, and investments.  Exporters must prove that products are made within ASEAN, Australia or New Zealand. If qualified, a shipper must submit Form AI and process together with export documents and secure approval from local customs authorities.

How to Benefit from AFTA Agreements?

Specific to AFTA and according to the Rules of Origin (RoO), the origin of the product has to be established, in order for import duties to be reduced or eliminated. There are two classifications:

The importer will submit the respective AFTA form with the shipping documents for tariff reduction or waiver. Therefore, it’s important to understand and determine the origin of the cargo.

The ASEAN Trade in Goods Agreement (ATIGA) is a great way to reduce and in some cases completely eliminate import tax for trade between ASEAN countries and its dialog partners, or for intra-ASEAN trade.