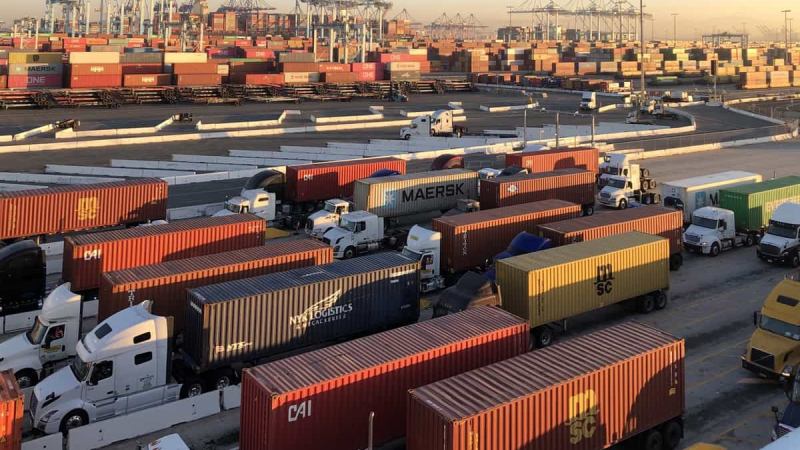 A Traffic Mitigation Fee (TMF) is a charge imposed by certain sea port operators, in order to mitigate truck congestion and promote container pickups during off-peak hours. This ensures sustainable and continuous container flow in and out of the port area.

One of the more popular implementations of a traffic mitigation fee is the OffPeak program that was instituted by PierPASS, in order to mitigate truck congestion in the Port of Los Angeles and Port of Long Beach. As of August 1, 2020, the PierPass Traffic Mitigation Fee is $33.47 USD per 20’ GP & $66.94 per 40′ GP & 40′ HQ.

In this article, we’ll be discussing the nature and benefits of traffic mitigation fees, as well as the fee structure, history and application of the OffPeak program by PierPASS in the West Coast of the United States.

What are the Benefits of Traffic Mitigation Fees?

Traffic mitigation fees are designed to balance container pickups and deliveries, between peak and off-peak hours, through an additional charge. This not only incentivizes truckers to operate during off-peak hours, but there are also benefits for other parties in the supply chain.

As you can see, there are many benefits of active traffic management in the port area. In fact, this system is also used in larger cities that face major traffic congestion during peak hours.

The only apparent downsides to this are the extra late shifts for operational staff (at consignee, trucker and port), as well as the charge for the Traffic Mitigation Fee.

What is the PierPass Traffic Mitigation Fee?

The most well known implementation of the Traffic Mitigation Fee is in the West Coast of the United States. Long Beach and Los Angeles ports have been and still are the main gateways for Transpacific cargo flow (East Asia to North America). Both ports have been experiencing heavy inflow of shipments since the mid-2000s.

To date, about 15,000 trucks call upon both ports and handle cargo movements of more than 16,000 containers each year. In order to mitigate congestion and ensure smoother port operations, the OffPeak program, by PierPass was implemented.

As of August 1, 2020, the PierPass Traffic Mitigation Fee for the Port of Los Angeles and the Port of Long Beach is $33.47 USD per 20’ standard container and $66.94 per 40’ standard and 40 high-cube container. The TMF is charged for laden container pickups from Mondays to Fridays between 3:00am to 6:00pm.

This not only relieves truck congestion, but also helps to fund the extra night shift during weekdays and the additional shift on Saturdays. The PierPass Traffic Mitigation Fee is also adjusted occasionally, based on the overall container flow and truck congestion.

How to Calculate the PierPASS Traffic Mitigation Fee?

Calculating the PierPASS Traffic Mitigation Fee is straightforward. Simply take the number of containers for a shipment and establish the total number of TEUs. Then, multiply the total TEU count by $33.47.

How did the PierPass TMF Come About?

The main function of PierPass was to address multiple issues concerning the environment, traffic congestion, and port security of the two most prominent West Coast Ports, Long Beach and Los Angeles.

Before the OffPeak program was implemented, an analysis shows that 88% of the containers were picked up from both ports during the first shift (peak hours) of port operations between 8:00am – 5:00pm, Mondays to Fridays.

This led to the rollout of the OffPeak program, which was in full effect on July 23, 2005. PierPass statistics also showed the success of this program, as it managed to achieve an even distribution of truck traffic (50% during peak hours and 50% during off-peak hours).

As the success of this program is a result of active port traffic management, the TMF in the ports of Los Angeles and Long Beach are still active today and are adjusted from time to time.

What is the difference between Traffic Mitigation Fees (TMF) vs Port Congestion Surcharges (PCS)?

Though Traffic Mitigation Fees (TMF) and Port Congestion Surcharges (PCS) are results of congestion, they are two distinct charges. A Traffic Mitigation Fee is charged by the port operator or port authority to the cargo owner, in order to offset the number of truck pickups during peak hours.

On the other hand, a Port Congestion Surcharge is an additional fee imposed by the shipping line to offset vessel waiting time such as non-availability of berthing, due to quay occupancy or other types of unexpected delays.

Therefore, the only similarities between traffic mitigation fees and port congestion surcharges are to offset traffic congestion and the fact that both fees are passed on to the respective cargo owner.

However, the major difference between the two fees is that they mitigate a distinct type of congestion (truck vs vessel) and are therefore also charged by different parties.