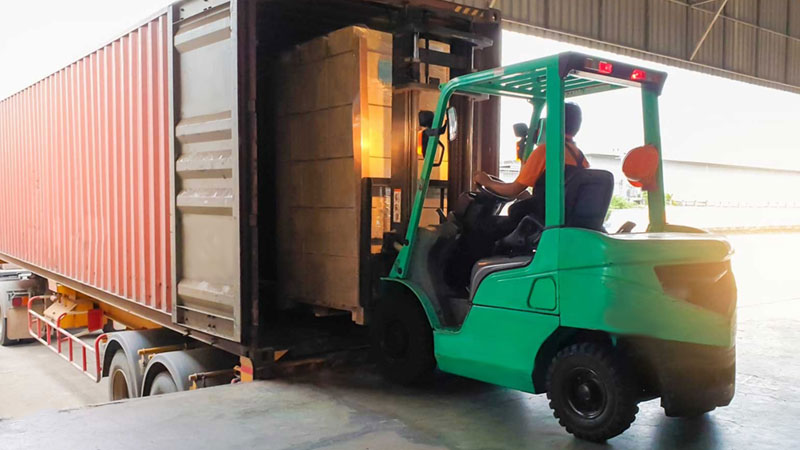 The container import and export process can be a complex operation for certain shippers. This is especially true if shippers have limited loading bays, insufficient parking pits for trucks or are dealing with a congested factory yard. When confronted with any of the above mentioned scenarios, shippers may choose to live load containers.

This article will provide an in-depth guide on the live loading process and how it fares against the more common drop and hook or drop and pick method. There are certain instances when a live load is more advantageous, let’s explore these in more detail.

What Does Live Load Mean in Trucking?

The most cost and time effective container delivery and pickup process happens when a prime mover delivers an empty container to a vacant loading bay, detaches the trailer and picks up a laden container from another bay.

However this is not always possible, due to several reasons such as space constraints and loading bay availability. We will explore all of these scenarios in more detail later on.

There are scenarios where truck drivers are expected to live load, instead of using a drop and hook method. This means they deliver an empty container to a loading bay, but instead of detaching the trailer and picking up a laden container, the prime mover remains attached.

The truck waits until the loading activity of the container that was initially delivered is completed. Subsequently, the truck will bring the now laden container out of the factory to its intended location.

If the trucker stays longer than expected, the shipper is usually charged truck detention or a fee or waiting time, which is usually agreed beforehand.

When is a Live Load Suitable?

There are several scenarios where shippers should consider live loading shipments. Below is a guide for better understanding.

A live load is suitable if the shipper has space constraints and can only accommodate a few prime movers and trailers at any given time. For example, when there aren’t enough parking spaces for laden containers, they can’t be moved off the loading bay.

Therefore, they have to remain at the bay after being fully loaded or unloaded. As there is no other location to move the containers, it may be best to live load them instead, so that they can be gated out of the yard immediately.

2. No Laden Container to Pickup

Another important scenario to consider live loading is where there are no laden containers to pick up, when the empty is delivered by the trucker. This means that the prime mover would deliver a container and would have nothing to pick up for the return trip.

To arrange pick up for the laden container at another time would require another round trip, making it an expensive solution. In this scenario, live loading would be more suitable.

Thirdly, if the shipper knows that the haulage company it engages has a prime mover shortage, they may not be able to pick up the laden at a scheduled time. Therefore, a live load may be more suitable in this case, to ensure that it can gate out immediately after being loaded.

Lastly, container shunting is a common practice between parking areas and loading bays. Shippers usually have a special shunting truck to carry out these movements. If the shunting truck is unavailable or otherwise engaged, laden containers could be needlessly occupying the loading bays.

In that case, it would be more efficient to live load when a shunting truck cannot be used to shunt laden and empty containers between the bays and parking pits.

What are the Pros and Cons of Live Loads?

When it comes to live loading containers, one needs to consider multiple aspects. In certain scenarios, it can be advantageous, in other scenarios it may have disadvantages that need to be considered. Here’s a quick summary of the pros and cons.

When a shipper decides to live load shipments, it could save them idling time, as there is minimum downtime. This is because containers are immediately loaded after they arrive. They are then immediately gated out by the same prime mover, freeing up the bay for the next load.

While this saves the shipper time, it will increase time requirements of the truckers. This is because the driver and the prime mover have to wait, until the container is fully loaded before it leaves. An average container has an average stuffing time of about 30 – 60 minutes.

When a live load requires more time than initially agreed, a trucker may charge the shipper a waiting fee or trailer/prime mover detention fee. This means that the shippers need to coordinate container loading and unloading activities efficiently.

Shippers who opt for live loading won’t require much space in the yard. As containers leave the plant or factory the moment they are stuffed, there is no need to temporarily park them.

This also means that live loads don’t require a shunting truck, as there are no movements between the parking pits and the loading bays. This makes it suitable for shippers with a smaller yard.

However, this can also have a costly downside. If not properly planned live loading with inefficient practices or a limited amount of loading bays can cause truck queuing.

When this happens it can create a backlog of shipments and could ultimately cost time and money to solve, as each truck will charge a waiting fee. As consignments may miss the shipping window, it could also lead to shipments delays and unhappy consignees.

Live Load vs Drop and Hook

As you can see, there are several advantages of using the live load method. Live loading is often compared to the traditional and more common drop and hook, often referred to as the drop and pick method.

A drop and hook arrangement is where a haulier “drops” a container and “hooks” another container up immediately after to move to another location. This is often the case when a haulier is delivering an empty container for stuffing.

As you can see, it’s the exact opposite of a live load. With a drop and hook or drop and pick method, the trucker will not wait until the empty container is loaded or the laden container is unloaded. Instead, they will immediately move another container out of the shipper’s premise.