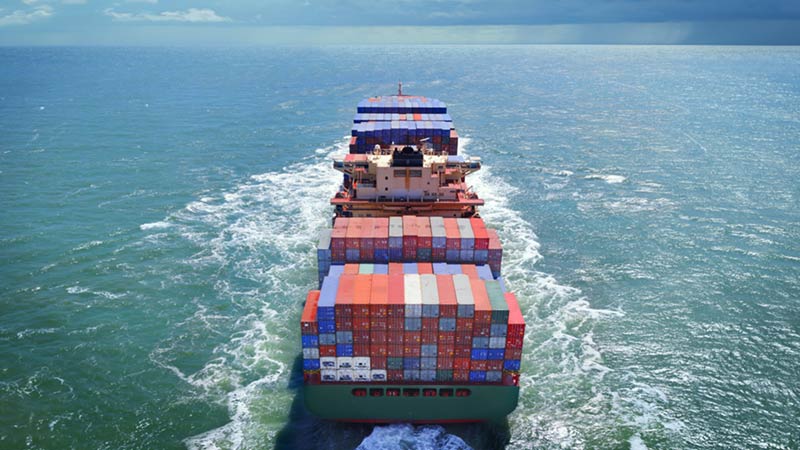 A freight forwarder or carrier is tasked to deliver an intangible service to deliver the cargo safely and in good order. Therefore, they must also protect their own interests while performing the transportation service from possible claims from the shipper or consignee.

Shipper’s load, stow, and count (SLAC) is a clause used by carriers and freight forwarders in the bill of lading, which indicates that the shipper has loaded, stowed, and counted the goods prior to export.

Once you get issued a bill of lading you will typically see a clause, usually near the “Description of Goods”, that indicates the following: SHIPPERS STOW, LOAD, AND COUNT (SLAC) or SAID TO CONTAIN (STC), followed by a list of goods/items. If that’s new to you, then let’s go into a little more detail.

Example of a SLAC Clause on a Bill of Lading

Common questions that arise are: why does the B/L contain this clause and what’s the purpose of it? Before we explore the answer to this question further let’s firstly get acquainted with some of the following shipping terms:

To better understand this clause, imagine the following example:

You are the exporter (also shipper) and you have just exported goods to your consignee, who is also the buyer. You have the Bill of Lading on hand, indicating the following in the Description of Goods field.

In this example, the carrier is indicating the clause SHIPPERS LOAD, STOW, AND COUNT, indicating that the shipper is declaring 1 x 20’ container containing “Mixed Shoes 10 Pallets”. Corresponding weight and measurement are also indicated.

Let’s take a look at another example. This time the clause indicated is SAID TO CONTAIN or simply known as STC.

Here, the carrier or freight forwarder is indicating that the shipper has declared that the 1 x 40’ reefer container is SAID TO CONTAIN 3,456 units of frozen foodstuff. There Is also a corresponding weight and measurement indicated.

In summary, both SLAC and STC terms are used interchangeably. However, they are generally of the same meaning and are designed to protect the freight forwarder or carrier from potential claims, as either party is not present during the stowing, loading, counting, and declaring of the shipment.

What is the Difference Between Shipper’s Load, Stow and Count (SLAC) and Said to Contain (STC)?

Technically speaking, there is no major difference between shipper’s load, stow, and count (SLAC) and said to contain (STC). Keeping the interests of the freight forwarder or carrier in mind, it protects them from possible claims in the event there are issues with the cargo such as weight, actual content, and piece count/shortage.

However, you should take note that while both terms are used interchangeably, certain customs authorities won’t accept the STC clause. For example, the United States Customs and Border Protection (CBP) does not accept “Said to Contain” on the bill of lading.

For that reason, shipments to the US and several other countries indicate “Shipper’s Load and Count” or “SLAC” on the B/L or SWB. Therefore, STC is not commonly used anymore.

Why Is It Important to Indicate the SLAC on the Bill of Lading?

The freight forwarder or carrier issues the bill of lading and performs the transportation service. Therefore, the carrier is not liable or responsible, either directly or indirectly, for any damage due to poor stowage, misdeclaration of cargo, short shipment, or damages outside of the agreed shipment terms.

In other words, it’s important for carriers to indicate the clause Shipper’s Load and Count or SLAC on the bill of lading, as they cannot guarantee the authenticity of contents of the container. This is because they are not present during the cargo stuffing process. Simply put, carrier’s cannot verify the contents of a container.

In light of that, the SLAC clause indicates that the items mentioned in the bill of lading are according to what the shipper has provided in the documentation they submitted to the carrier (invoice, packing list and shipping instructions).

If there are any issues once the importer secures the shipment, the carrier would want to be free from any liability or claims and would direct the seller to go after the shipper or make a claim with the insurance company.

As an exporter, it would be in their best interest to ensure that the orders are fulfilled exactly to the customer’s requirements and specifications.  The shipper is also reminded to seal the container once it’s done loading and record the shipping seal before the shipment leaves its premises.

What type of cargo requires SLAC?

A SLAC clause is not required for bulk cargo.

For What Modes of Transport is SLAC Indicated on the Waybill?

The clause “shippers load, stowage, and count” is used by carriers for all containerized shipments via sea. It’s common for carriers to indicate this on bill of ladings and sea waybills.

The SLAC clause is also used occasionally for airfreight shipments on an air waybill. This is because certain airfreight shipments are not consolidated by the carrier or freight forwarder directly, therefore not giving them the ability to verify the contents of a container.